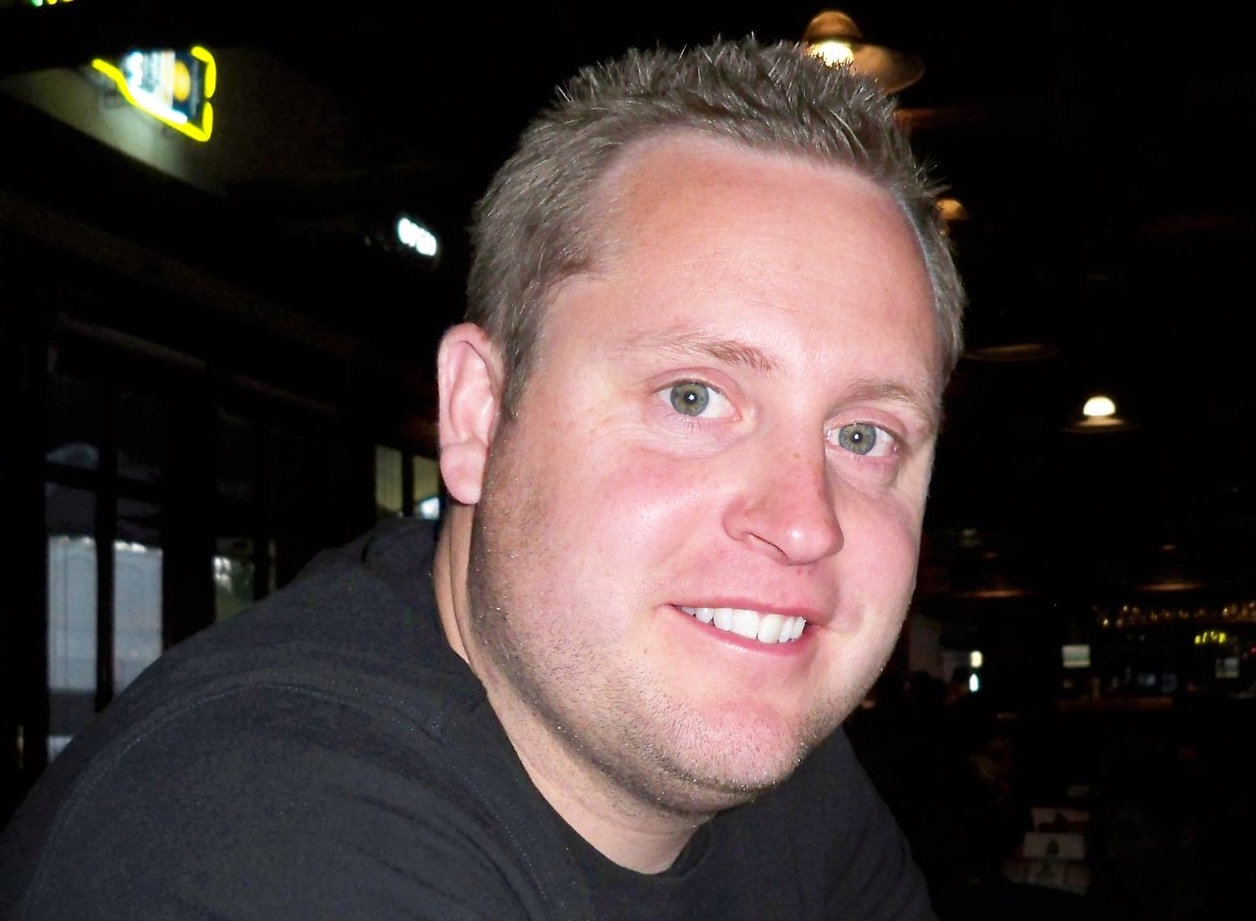 Abstract: It is well accepted that early reperfusion is beneficial in patients with acute myocardial infarction presenting with ST elevation (STE). Earlier studies suggested lack of beneficial effects in patients presenting without STE and even with ST depression. Currently, time to reperfusion is considered to be a quality of care measure, and the latest American College of Cardiology/American Heart Association guidelines for the treatment of STE acute myocardial infarction (STEMI) emphasize that the physician at the emergency department should make reperfusion decisions within 10 minutes of performing the initial electrocardiogram (ECG). However, not all ECGs with STE necessarily reflect transmural infarction from acute thrombotic occlusion of an epicardial coronary artery, as a large number of patients presenting with compatible symptoms have baseline STE. In some cases a pattern of benign nonischemic STE (NISTE) can be recognized fairly easily. Other times, differentiating between true STEMI and NISTE may be difficult. It should be remembered that patients presenting with chest pain and showing benign pattern of NISTE (eg, “early repolarization” or STE secondary to left ventricular hypertrophy) may have true ischemic pain and non-STE myocardial infarction or even STEMI on top of the baseline benign pattern. It seems that, in the “real world,” the ability of physicians to differentiate NISTE from STEMI based on the presenting ECG pattern widely varies and depends on the prevalence of baseline NISTE in the patient population. Further studies are needed to assess the ability of various ECG criteria to accurately differentiate between STEMI and NISTE.

Today, the electrocardiogram (ECG) still has a major role in diagnosing and triage of patients presenting with chest pain. Patients with suspected acute ST elevation myocardial infarction (STEMI) are immediately referred for reperfusion therapy by either primary percutaneous coronary intervention
(pPCI) or thrombolytic therapy, whereas those without ST elevation (STE) are initially treated conservatively.1 The current American College of Cardiology/American Heart Association (ACC/AHA) guidelines for STEMI recommend that patients with suggestive symptoms of myocardial ischemia within the preceding 12 hours (even if symptoms are resolved) who have STE in 2 or more adjacent ECG leads (N0.1 mV at the J-point) should undergo immediate reperfusion therapy.1 The article “Universal Definition of Myocardial Infarction” states that the cutoffs for STEMI are STE at the J-point of N0.2 mV in men and N0.15 mV in women in leads V2-V3 and/or N0.1 mV in all other leads.2

The different criteria are a source of confusion and inconsistencies. Most probably, if the criteria of the “Universal Definition of Myocardial Infarction” are used, the reported prevalence of STE would be reduced. However, a large number of patients presenting with chest pain have STE of nonischemic etiology (NISTE) on their presenting ECG.3-6 Further, older patients, women, and patients with diabetes may present with atypical symptoms, making initial ECG assessment even more important for decision-making in these situations.7-9 Although troponin levels are useful in the iagnosis and management of non-STE myocardial infarction (NSTEMI), they cannot be relied upon for diagnosis of acute STEMI because serum levels may be undetectable for up to 6 hours after coronary artery occlusion, and decisions concerning urgent reperfusion therapy are usually made before troponin levels are detectable.

The ACC/AHA STEMI guidelines state that the physician in the emergency department should make reperfusion decisions within 10 minutes of performing the initial ECG.10 Thus, accurate, timely analysis of the presenting ECG is crucial in the initial management of patients presenting with chest pain.11 Several patterns of nonischemic STE (NISTE) are common and can be easily identified by an astute physician and differentiated from STEMI. However, some patients with baseline NISTE (eg, left ventricular hypertrophy or early repolarization) may also present with concurrent acute STEMI or NSTEMI; thus, a benign pattern of NISTE does not exclude acute coronary syndrome. Other patients may have rare etiologies for STE that cannot be accurately identified without further clinical information on-hand when triaging decisions must be made quickly.

Obviously, the differential diagnosis of STE is broad, including conditions with comorbid ischemia (such as aortic dissection), baseline STE without ischemia, and conditions with new STE and chest pain but without ischemia (ie, pericarditis or myocarditis). Understandably, given the current emphasis on making diagnosis of acute STEMI in timely matter, the chances of overcalling “STEMI” and unnecessarily activating the catheterization laboratory or giving thrombolytics may be higher now than before.

For the majority of healthy individuals, the ST segment is isoelectric (ie, it is more or less horizontal at the level of the adjacent T-P and/or P-R segments). ST-segment deviation (elevation or depression) is typically considered to represent myocardial ischemia. However, there are reports suggesting
that NISTE is very common (as high as 15% in the general population). Hiss et al 12 reported that 91% of 6014 healthy men in the US Air Force who were between 16 and 58 years old had STE of 0.1 to 0.3 mV in N1 precordial leads (most commonly seen in lead V2). Surawicz and Parikh13 reported that the prevalence of STE N 0.1 mV in 1 or more leads in V1 through V4 in 529 healthy men was 93% among those who were between 17 and 24 years of age. The prevalence declined gradually with increasing age (30% in men N 76 years).13 Given that the majority of men have STE greater than 1 mm, baseline STE is actually considered a normal finding rather than a variant and is often referred to as a male pattern. In contrast, approximately 20% of women had STE N0.1 mV, and this prevalence is not affected by age.13 These considerations are reflected in the article “Universal Definition of Myocardial Infarction” mentioned earlier, but perhaps confusingly, not the ACC/AHA guidelines for management of STEMI.

Henry et al14 reported that 14% of patients who were suspected to have STEMI and referred for pPCI were found to have no clear culprit lesions, indicating that they had NISTE. In a recent study from Denmark, only 79% of the patients who were referred for direct pPCI based on prehospital ECG showing STE had a final diagnosis of STEMI or died.15 Common causes of NISTE are shown in Table 1.

“Concave” Versus “Convex” Pattern Of STE

The ST segment reflects ventricular depolarization and is normally isoelectric with the PR and TP segments. It is commonly taught that STE in which the ST segment morphology is upwardly convex or straight is consistent with STEMI compared with a concave morphology, which is associated with NISTE. The ACC/AHA guidelines suggest that it is less likely that STEMI is present if the upward-directed ST-segment changes are concave rather than convex.1 However, Smith16 reported that 43% of patients (16/37) who underwent emergent pPCI of the left anterior descending coronary artery had concave morphology of STE in the anterior leads, concluding that this feature was unable to exclude STEMI. Prominent T waves may hamper evaluation of the shape of the ST segment as T wave are concave in morphology and it may be difficult to determine exact point where the ST segment ends and the T wave begins. Fig. 1 shows a presenting ECG of a patient with anterior STEMI. There is mild concave STE in leads V2-V3. His cardiac markers were positive, and coronary angiography revealed 99% occlusion of his left anterior descending coronary artery.

The typical pattern of early repolarization NISTE shows STE of 1-4 mm in the lateral leads (mainly V5-V6). It may also involve the inferior leads. There is a characteristic notch at the J-point (Fig. 2). The ST segment is usually concave, and tall, peaked T waves may be present. Early repolarization NISTE is commonly seen in young males. In many cases, STE is transient and ameliorates or even disappears with tachycardia and hyperventilation. Thus, dynamic changes in the degree of STE are not always indicative of ischemia. At times T-wave inversions may also be noted in the precordial leads, which are believed to be due to presence of juvenile T waves in younger persons, and should not be mistaken for ischemia. This can be avoided by comparing previous ECG tracings to see if pronounced T wave inversions are already present. There is a controversy regarding the underlying pathophysiology of “early repolarization” pattern, some have shown that this pattern is not associated with early repolarization of the ventricle and suggested that this term is misleading.17 For many years, early repolarization NISTE was thought to be a benign phenomenon and widely considered to be a normal variant, as this finding is represented in approximately 5% of the population.18,19 However, more recently, it has been associated with arrhythmic cardiac death, especially if there is N0.2 mV STE.19-22

To read the full 12-page article, please download it here:

Keep in touch for special announcements and featured guest writers who are experts in their fields, who will share latest research and knowledge relevant to our #StayCurrent community.